Mud was performed barefoot on a floor of oat chaff. The physicality of Mae's part demanded that I make her clothes without hard or breakable closures - everything needed to go over her head easily. 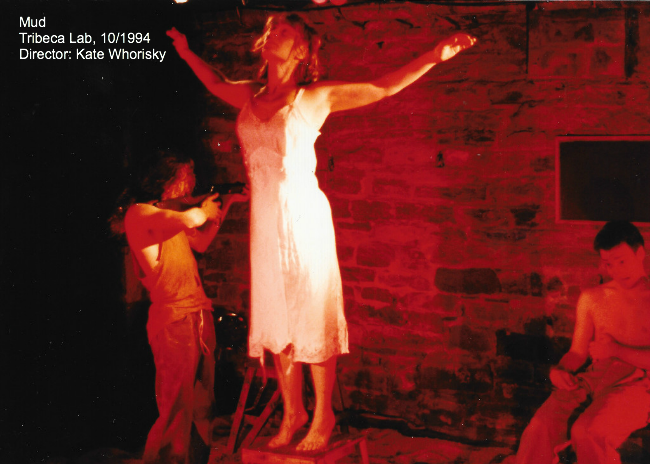 The Snowflake Showgirls had a nude base leotard with lavender sparkle stretch placed strategically. The 'flake' part was cut from a vinyl generally used to line cabinets, or privatize windows. The  hat forms were molded buckram lined with felt to protect their heads from the millinery wire structure supporting the vinyl. 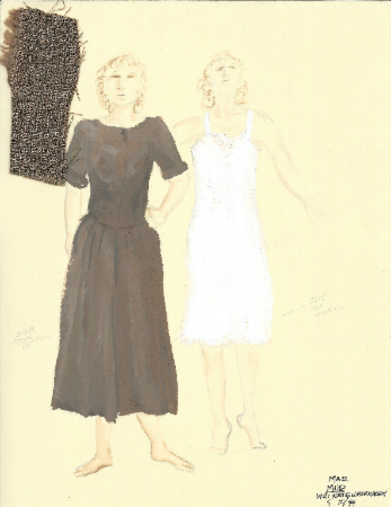 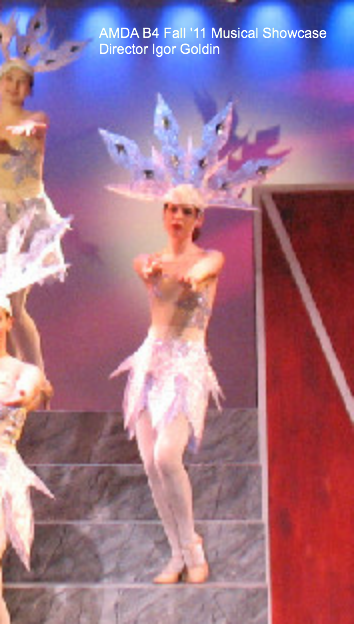 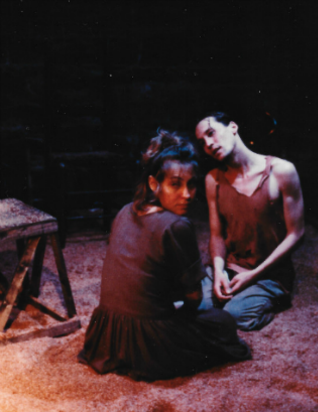 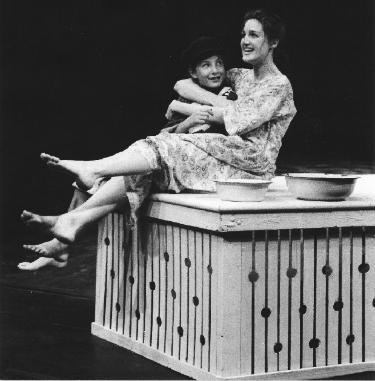 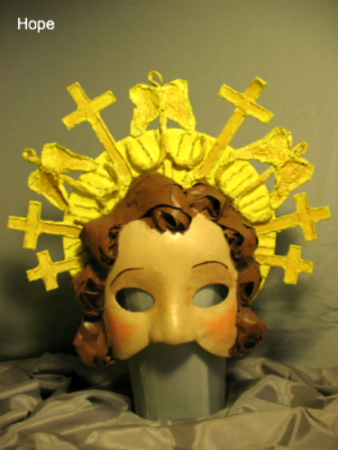 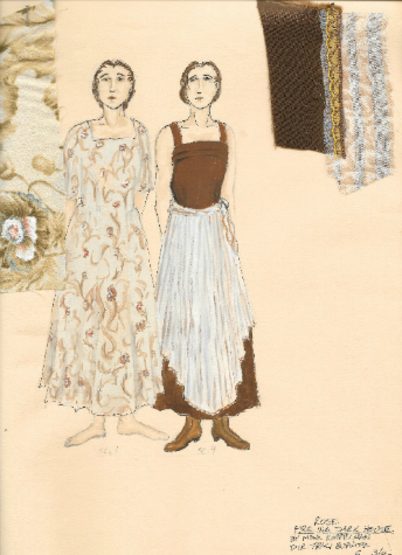 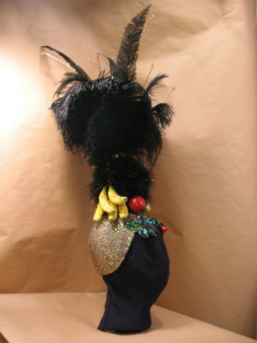 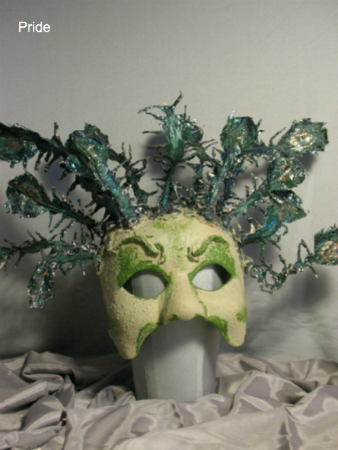 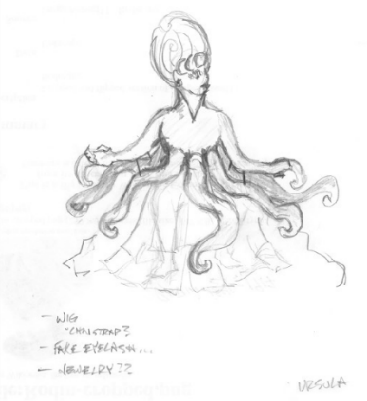 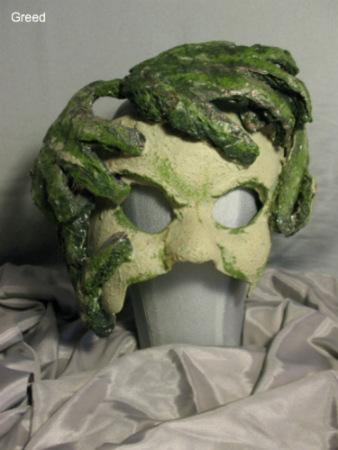 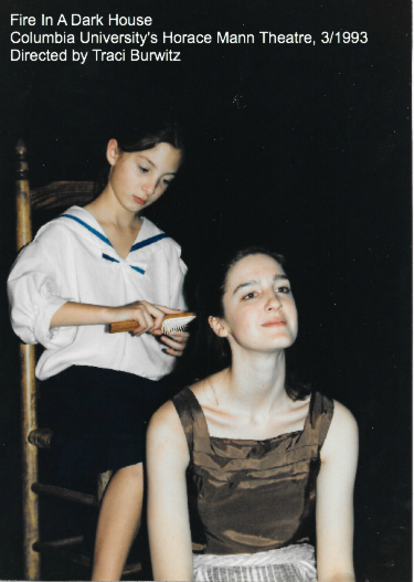 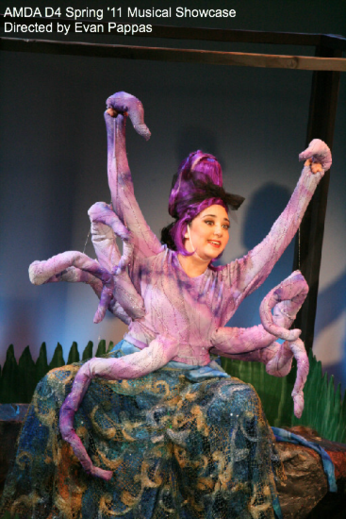 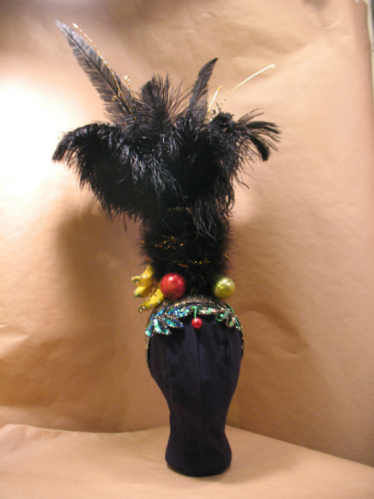 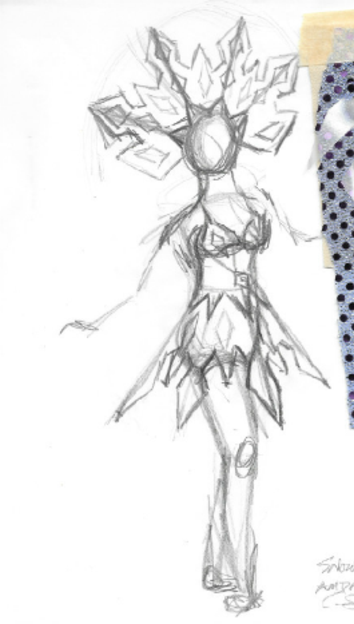 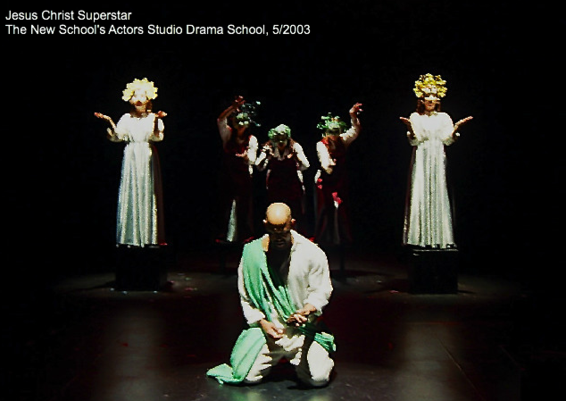 The Copacabana showgirl hats were designed to look like pineapples made out of feathers. The body of the 'fruit' is marabou with a lurex thread, and the 'leaves' are ostrich plumes, nantu trimmed ostrich and gold floral wire. The hat body is molded buckram covered with a gold novelty stretch fabric.

The director established early that Ursula would be sitting and never get up during her song "I Want The Good Times Back". The scene was set in the NY Museum of Natural History, and she was 'inside' a diorama there.  She had a leotard which zipped up the back, with the arms attached to each other with fishing line. She had a wig with a styrofoam cone inside to make the octopus's crest, and a big skirt of painted water fabric and ribbonzined net to cover her legs. 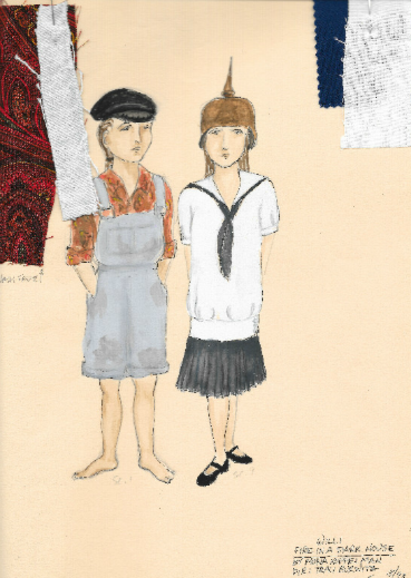 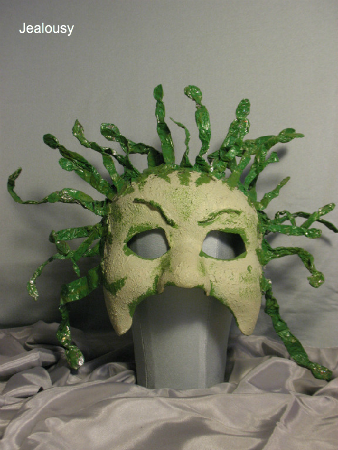 Jesus Christ Superstar had a large cast, all playing multiple parts with masks to distinguish many of them. Judas's Soul Sisters wore masks inspired by the vices and the virtues which informed his character: hope, faith, greed, jealousy, and pride. The masks are made of papier mache, with molded and painted foil.

Fire In A Dark House was a new play about propaganda and nationalism set in rural America just before our entrance into World War I. Rose and Willi are sisters with different ideas about life on the farm.